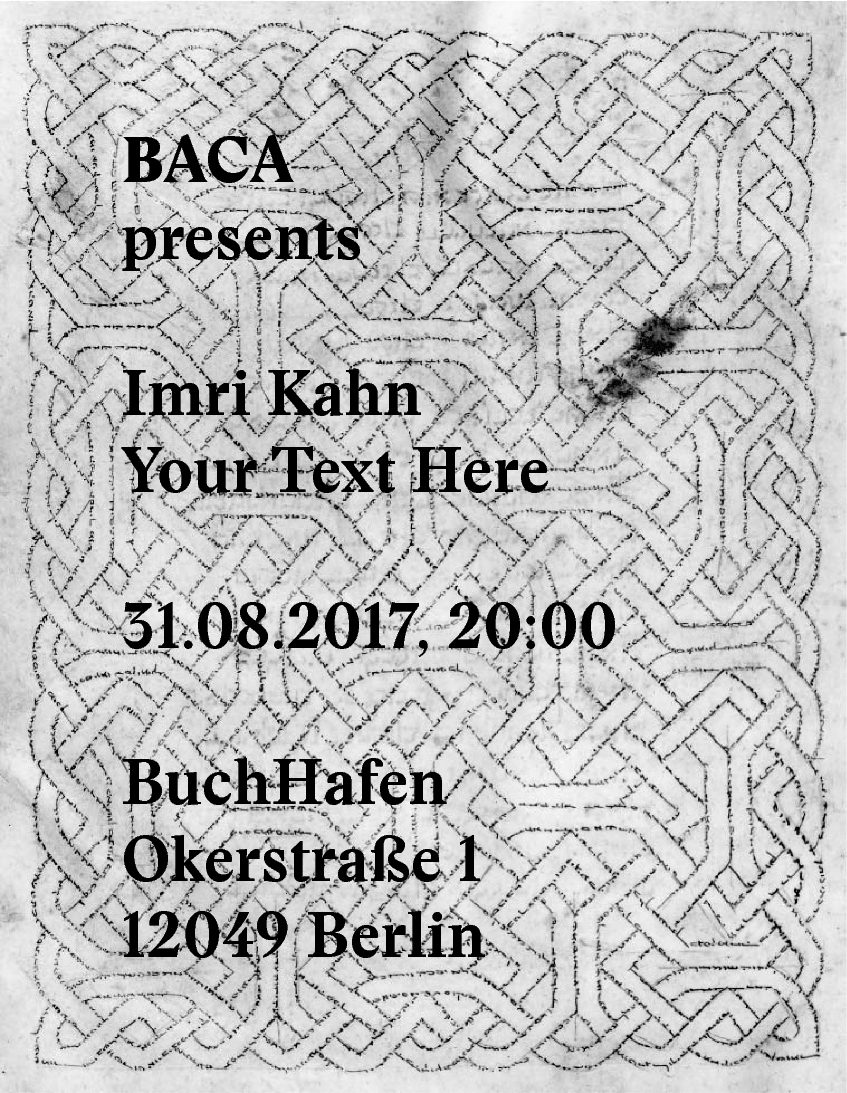 BACA Publishing, Berlin is very pleased to announce its first release, Your Text Here by Imri Kahn, to be launched at BuchHafen Berlin on Thursday, 31 August 2017 at 20:00. With readings by Imri Kahn and Alina Astrova. Limited seats available so admission is on a first-come, first-served basis.

„A calligram, or the immediate experience it offers, makes its material base (screen, page, tablet etc.) invisible, an absence, a non-space. This absenting of materiality is a quality shared by all remediating technologies; media asserts itself by remediating older media as its content. In order to become a window, media has to absent itself, to erase its own materiality.“

As the first in a series of publications addressing issues around design, with a particular interest in language, Your Text Here takes as its subject the field’s most fundamental opposition: that of text’s dual functions as image system and vehicle for language. Beginning with an exploration of metaphors of text-as-textile, through the historical functions of text in largely illiterate societies and Foucault’s arguments on calligrams, to the relevance of concepts of the “blank space” of the page in the era of the screen, the author addresses the historical tendency for new media forms to remediate elements of their predecessors, and for language to seemingly erase its material base, producing new subjects in the process.